Back to all posts

Sorry, it has been a couple of weeks since I have written. There have been many reasons life has been crazy, but the thing I want to tell you about is what happened to my son Levi. He had flown down to Houston to where we used to live. He was at a punk rock concert where his friend was performing, and he was stabbed in the back by a stranger. He was dancing in a mosh pit,  and he knew he had been hurt. He did not even know he was stabbed until the ER doc told him. The doctor described that he was knifed with a 4-inch blade that was so sharp it cut his skin like butter. It collapsed his lung, and he was hospitalized for about a day and a half. He is recovering. Prayers are appreciated. No one knows who did it and I doubt they will ever be found. It is just another one of those random acts of violence that have become commonplace in our world. We almost become desensitized to the news until it strikes close to home. I do not want to become desensitized, and I do not want to sit back and do nothing. 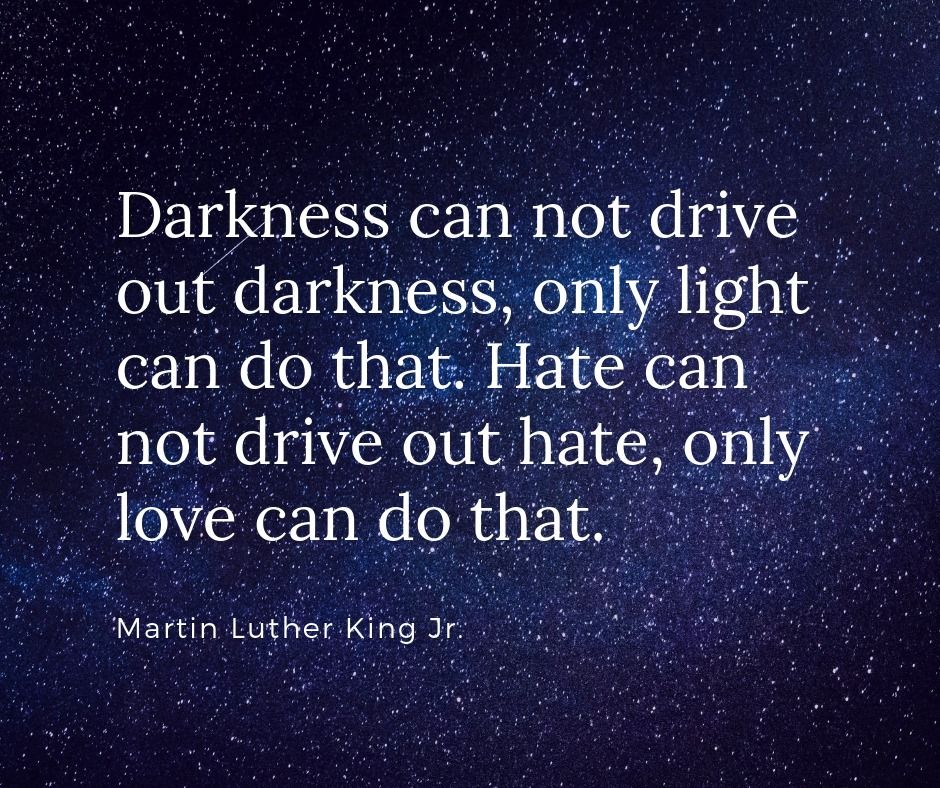 Won’t you help me drive back the darkness a little this week and do a random act of kindness for a stranger this week? I would love it if you email me back and tell me about it. This is our world, and we can influence how others perceive it. We may not be able to stop bad things from happening, but we have the power to spread love.